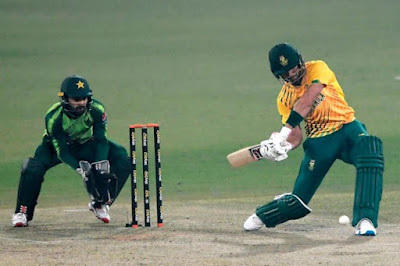 The Pakistan Team will play a three-match ODI series against South Africa. The first match is being played today at Supersport Park, Centurion. The match will start at 1 p.m IST.

Before the opening match, Pakistan captain Babar Azam told a virtual press conference that his team would meet the needs of modern cricket in the run-up to the 2023 World Cup.

In a press conference, national team captain Babar Azam advised playing cricket without any fear. He said that an attempt would be made to defeat South Africa for the second time, South Africa. Virat Kohli’s number one ODI ranking can also be snatched, Babar Azam is currently at number two, but the difference between the two is only 20 points

For Pakistan Cricket Team, the series will be an opportunity to showcase his potential in the ODI format, having played only five ODIs since the 2019 World Cup but hopefully will continue his Test and T20 form in the ODIs.

With the new captain, South Africa hopes to make up for the loss in their recent series where the two sides met a month ago.

The Proteas will be led by newly elected captain Temba Bauma. He has played only six ODIs for South Africa and will replace Quinton de Kock.

Aiden Markram and Vienna Mulder returned to the ODI squad after being sidelined with injuries.

Former captain Faf du Plessis has been ruled out of both the ODI and T20 squads. His ouster comes after he signalled his willingness to represent South Africa in white-ball cricket.

South Africa vs Pakistan in ODIs

The last time the two sides met was in ODIs when they met in the 2019 ICC Men’s Cricket World Cup group stage. In this match, Green Shirts scored a total of 308 runs on the partnership of Haris Sohail (89) and Babar Azam. 69).